The Monk: Live At Bimhuis 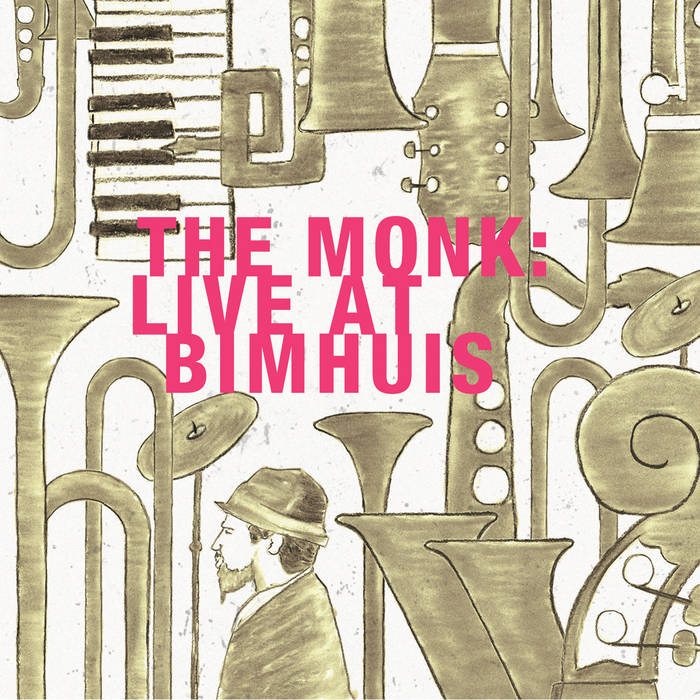 The best week of the young composer/arranger Miho Hazama’s life was a hectic one. In 2011, she was invited as one of eight arrangers from around the world to take part in the famed Metropole Orkest’s residency program, led by the legendary Vince Mendoza. There were master classes and rehearsals all week for arrangements the residents would write, in four days, to be performed by the Big Band conducted by Mendoza and featuring vocalist Roberta Gambarini.

The trial by fire was exhilarating and made Hazama crave another chance to arrange for the world’s only jazz philharmonic orchestra. In 2017, Hazama got another chance to write for the Metropole Orkest Big Band when her project to arrange original pieces and orchestrate solo pieces by the pianist Thelonious Monk, in his centennial year, was selected for the orchestra. The results of the collaboration can be heard on the new recording, The Monk: Live at Bimhuis.

The Tokyo born, New York based Hazama has made quite a name for herself as an arranger, composer and conductor. She has composed pieces for the Tokyo Philharmonic Orchestra and the Siena Wind Orchestra and has arranged for artists and ensembles as diverse as the Danish Radio Big Band and Ryuichi Sakamoto. Hazama has also led and recorded with her own large ensemble, the m_unit.

Since Hazama’s first foray with Metropole, the entity had gone private. The Big Band had remained extremely active and reached out to Hazama on a number of occasions to continue her work with them. In the summer of 2016, she visited Rotterdam to visit musical director Gert-Jan Blom; she proposed a project around the centennial of Monk’s birth. Blom thought it was a good idea but that it also had to be extra special, as there would be many similar projects in 2017.

Hazama began to immerse herself in Monk’s music. Initially, she looked to the larger works, including Hall Overton’s arrangements for The Thelonious Monk Orchestra at Town Hall (1959) and Oliver Nelson’s from Monk’s Blues (1969). But it was Monk’s solo performances that began to capture her attention more and more. Hazama decided to orchestrate four recorded solo performances for the Big Band. She also arranged three of the idiosyncratic pianist’s fantastic compositions.

Monk’s solo performances intrigued Hazama, as the performer thought compositionally as he played, developing the themes and advancing the harmonies. Hazama began by transcribing the solos and then broadened the scope of the pieces to allow for solos from the Big Band members, utilizing Monk’s frequent use of the two-beat stride sections.

Blom and pianist Hans Vroomans were instrumental in planning, developing and implementing the arrangements and orchestrations. There was also ample time for rehearsal, so the pieces were solid for performance and the ensemble was able to translate Monk’s language into a large ensemble setting. With Hazama conducting, the Big Band then went on the road to Hilversum, Amsterdam (where the recording was made), Rotterdam and Den Bosch.

The program has a perfect beginning with Hazama’s arrangement of “Thelonious,” in which she kept the arrangement simple by building its harmony around the tuning key tone of B-flat and continuing from there. Her orchestration of Monk’s performance of “Ruby My Dear” from Alone In San Francisco (1959) is an intriguing adaptation of his ascending melodic interpretation, led by clarinet and climaxing with trombone. Adding a little Latin blend to the program, Hazama’s arrangement of “Friday the 13th” is a dynamic toe tapper with some intriguing dramatic segments. The version of “Hackensack” that Hazama orchestrated comes from Monk’s first solo Paris performance in 1954 and shows how active Monk’s playing was early in his career, which allowed Hazama to exaggerate his dynamics in a dramatic way, from a quiet beginning to percussively loud.

The orchestration of the pianist’s take on his collaborative piece with Bernard Hanighen and Cootie Williams, “’Round Midnight,” comes from Thelonious Himself (1957) and Hazama plays it simple allowing Vrooman space to create, which he does adding a beautiful cadenza and interlude. Appropriately, Hazama focuses on the rhythmic aspect of Monk and Kenny Clarke’s “Epistrophy” by taking the poly-rhythms of the original and creating a new rhythm modulation from the triplet feel to the swing of the theme. The recording concludes with a special orchestration of a 1969 solo from French television’s Jazz Portrait of “Crepuscule with Nellie,” an important piece from Monk’s repertoire, as it was a tribute to his wife. Like all the takes Monk ever recorded of the tune, this version has only the piano as a solo voice.

It had long been Miho Hazama’s dream to work with the Metropole Orkest Big Band. The opportunity presented itself in a tribute to the great Thelonious Monk, which was masterfully performed and recorded in Amsterdam as The Monk : Live at Bimhuis.

Guest hosted by Tamar Osbourn aka Collocutor and Toshio Matsuura.